Human beings degrade the environment and destroy marine ecosystems[i] – that is the inconvenient truth. Currently, global plastic pollution is considered one of the most urgent environmental problems besides climate change. The extent of plastic in the world oceans is almost unimaginable[ii]. It might negatively affect human health and pose a risk to biological systems in the short- and long-term.[iii] What mainly contributes to these risks is our plastic consumption: One million drinking bottles made out of plastic are purchased every minute worldwide while 50 percent of all plastic produced is used only once. [iv] Such a plastic bottle needs 450 years to decompose in the ocean. Here, it is important to note, that decomposition in this context means that the bottle dissipates into extremely small pieces – so-called microplastic – which are dangerous for sea life, since fish consider it alleged food[v], and find their ways into our food[vi]. Already today, large parts of the oceans have six times more plastic than plankton. Plastic waste is an enormous threat to seabirds and marine mammals. If we continue business as usual

and produce and consume plastic on such a massive scale like today, it is highly likely to have three times more plastic than fish in the world seas by 2050. [vii]

Public and political debates show that societies become aware of the global plastic issue and that they aim to do something about it. A prominent example is the European Commission. At the beginning of this year it published its first European Plastic Strategy. This strategy focuses on more recycling, reuse and a circular economy. The target to reduce plastic waste is also considered a chance for the European industries. New technologies and innovations in the field of plastic alternatives could foster competitiveness and employment. The European Commission aims to implement several measures to achieve a less plastic-intense economy: better recycling plants, a new and more effective waste sorting system, a limit to the use of microplastic and financing research projects to develop new and efficient forms of plastic as well as intelligent recycling systems.[viii]

The global plastic issue is not only present on the European political level, but also on the German federal level. Especially the green party demands concrete steps concerning the fight of plastic. It endorses the EU’s strategy and requests a ban of one-way plastic. Additionally, it supports a tax on plastic as incentive to reduce the appropriate consumption. Nevertheless, a combination of different measures might be the solution to the problem.[ix]

Although different parties on different political levels certainly have diffe 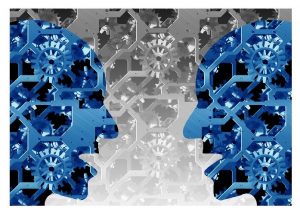 rent opinions regarding strategies how to tackle the global plastic problem, the public debate reveals that the problem has arrived in people’s mind. This debate was the source of our motivation to do research in the field of plastic consumption – more clearly: to investigate if a plastic-free life is possible.

How Can Zero Plastic as a Social Movement Bring About New and Alternative Consumption Patterns Among Society?

Despite the political debate and the hope that effective measures to tackle the problem might be implemented in the near future, we asked ourselves how Zero Plastic as a social movement could foster new and alternative consumption patterns among society. This puzzle accompanied our research in the field of Zero Plastic. As a group we aimed to investigate if it is possible to prefigure a wishful future – a plastic-free world. In order to examine these questions, we decided to do a self-experiment in which we become part of the Zero Plastic movement ourselves as researchers.

Before starting the actual self-experiment, we attempted to answer the question which role plastic plays in our daily consumption. Finding an answer was fairly easy: an extremely big one. Plastic is present everywhere in our daily lives. One example is grocery shopping. It starts with water and juice packed in plastic bottles, milk and yoghurt in containers that are coated with plastic, cosmetic products in jars made of plastic and ends with fruits and vegetables covered with plastic. Besides shopping, it is easy to imagine a number of other situations: having a coffee-to-go in a cup with a plastic cap, eating a little snack packed in plastic, enjoying a barbecue with friends using plastic forks and knives, and so on. The list could be endless. Therefore, it became clear immediately that the current political debate affects our everyday lives directly.

In our self-experiment we focused on Zero Plastic as a part of the Zero Waste movement. While Zero Waste aims to avoid producing waste in general, the Zero Plastic movement is limited to plastic in all its forms.

To design the self-experiment as a research project, we defined several rules at the beginning. The first important aspect was the time frame. We determined the exact start and end dates of the experiment and agreed on a time period of four weeks. Within these four weeks we were not allowed to use, buy or produce any plastic waste. We had the idea to refrain from buying plastic in all its forms what includes mainly plastic packaging, but also microplastic in cosmetics for instance. Yet, we decided to keep plastic items that we had before the experiment’s start.

During the experiment, all three members of our group noted their experiences: Where can I buy plastic-free products? Where do I find stores with unpacked food? Is a plastic-free lifestyle more expensive than a conventional lifestyle? How did my consumption patterns change? Answering all these questions and reflecting our experiences was extremely important for the later evaluation of the experiment and our conclusion concerning the research question. 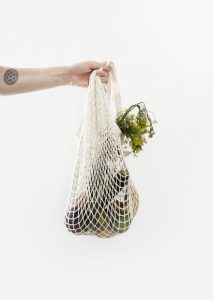 Already from the start, we noticed that Zero Plastic is extremely challenging. The first problem we faced was the lack of appropriate stores where it is possible to purchase plastic-free products. Useful options were the Veggihaus Bochum and an unpacked store in Essen. Although some of such stores are present in the Ruhr area, their rareness makes daily shopping more complicated, since it becomes extremely time-intense.

Another challenge was to collect knowledge regarding Zero Plastic lifestyles. Luckily, there is a huge number of blogs available which convey important knowledge and tips how to avoid and to reduce plastic in everyday life. One example is the Practically Plastic Free Blog (https://practicallyplasticfree.com/blog/) which writes about practical ideas and solutions how to reduce plastic in everyday life. A further significant component was the realization that we generate knowledge ourselves: Although much knowledge is available, the most effective way to get more informed about the topic is “learning by doing”. Additionally, the exchange of information and experiences with the other group members and experts doing Zero Plastic was crucial for the self-experiment.

During the experiment we also realized that four weeks are too short to change one’s lifestyle. Since achieving a plastic-free life is a far-reaching transformation, it requires more time and can be put into practice only step by step. Therefore, a four weeks self-experiment is helpful to get a realistic notion of what it means to live a plastic-free life, but it can only be the start of a longer and large-scale transformation.

Another challenging factor that we faced during the experiment was social interaction. Especially, in situations where one meets friends or has dinner together it is difficult to avoid plastic completely. Certainly, one can plan alternatives beforehand and prepare for such situations. Nevertheless, it is almost impossible to keep track of plastic usage in all social interaction situations.

Zero Plastic as a Form of Prefigurative Politics?

The research question we aimed to answer asks if Zero Plastic as a social movement can bring about new and alternative consumption patterns among society. Thus, our group targeted to investigate if it was possible to “prefigure” a wishful future – if we ourselves could be the change we want to see in the world.

But what exactly does prefigurative politics mean? Darcy K. Leach defines it as

“a political orientation based on the premise that the ends a social movement achieves are fundamentally shaped by the means it employs, and that movements should therefore to their best to choose means that […] ‘prefigure’ the kind of society they want to bring about.”[x].

„’prefiguration’ refers to the attempted construction of alternative or utopian social relations in the present.”[xi]

It becomes clear that prefiguration is connected to the idea to bring about change in society by engaging for idealistic or utopian ways of living. The essential aspect of achieving such a change is to be part of a social movement and to live the change one wants to bring about in society.

What does this mean in the context of our self-experiment? It means to investigate if becoming part of the Zero Plastic movement could possibly prefigure a less plastic-intense lifestyle and if it could bring about change in society insofar that people embrace this lifestyle and towards more sustainable consumption.

Certainly, it is possible to prefigure a desirable future by becoming part of a social movement – in our case by conducting a self-experiment in a special field of research. Experiencing the change personally and talking about it with friends and family helps significantly to increase awareness regarding a certain topic. In our group, we made quite positive experiences, since “spreading the word” was helpful in many ways: People had useful tips and recommendations for our Zero Plastic-transformation, while others were extremely interested in the topic and understood the urgency and importance of the global plastic issue.

Nevertheless, our self-experiment illustrated that social change – at least in the field of Zero Waste and Zero Plastic – requires political support. One significant obstacle on the way to a less plastic-intense society is the insufficient infrastructure: an extremely limited number of shops where it is possible to buy plastic-free products, too little options to purchase plastic-free products cheaply and a lack of availability concerning plastic-free products in general. Thus, governments have an obligation to create such infrastructure by subsidies or other means. A large-scale social change without political support seems quite impossible to implement. 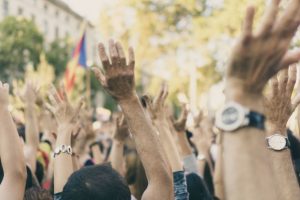 Although the self-experiment clarified that a Zero Plastic-social movement is possibly not able to bring about new and alternative consumption patterns among society on a large scale, we are convinced that such a transformation to a plastic-free – or at least less plastic-intense – society starts with us as consumers. Consumers have the power to demand structural changes and to initiate societal transformations. Therefore, living a plastic-free life could be an important first step to increase awareness among society on the one hand, and to exert considerable political pressure which could lead to a more sustainable society in the future on the other hand.

A contribution from Anika Hinzmann