END_OF_DOCUMENT_TOKEN_TO_BE_REPLACED

In May of 2018, the European Commission proposed the introduction of a new set of rules in order to reduce the number of single-plastic items that are produced in the region. The reason behind the initiative is that, according to their press release on the subject, the 10-target single-use plastic (SUP) items account for the 70% of the marine litter on Europe. The rules are measured to specific items, for some, like plastic cotton buds, cutlery, plates, straws, drink stirrers and sticks for balloons, the EC proposed a ban given the fact that there are alternatives already in place. For others, like plastic containers, it would entail a reduction in the manufacture process. (European Commission, 2018) 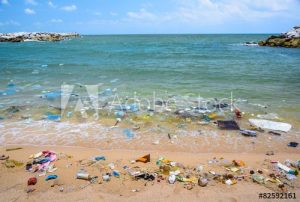 END_OF_DOCUMENT_TOKEN_TO_BE_REPLACED

In this essay, I try to introduce the conception of food-sharing activity from perspectives of different scholars and organizations, its particular practice, its values and aims also represent our food-sharing research project conducted in Rub campus. Along with the same context, I will present scholars’ explanation on the bigger conception of on-going social phenomena, the emergence of modern “sharing economy” which characterizes itself as modern P2P market with the support of high technology and digital networking in modern society comparing to the old goods trads in ancient years. END_OF_DOCUMENT_TOKEN_TO_BE_REPLACED

Does the food sharing activity at the RUB fit to the characteristics of prefigurative politics?

“We all – farmers and fishers; food processors and supermarkets; local and national governments; individual consumers – must make changes at every link of the human food chain to prevent food wastage from happening in the first place, and re-use or recycle it when we can’t… In addition to the environmental imperative, there is a moral one: we simply cannot allow one-third of all the food we produce to go to waste, when 870 million people go hungry every day” –FAO Director-General José Graziano da Silva, 2014

Our relationship with food has become disordered and obsessive. People buy more food than they can consume. Therefore, for the past few years, the “sharing economy” has attracted a great deal of attention. Whereas approximately 1.3 billion tonnes, roughly one third of the food produced in the world for human consumption every year gets lost or wasted (FAO data), more social movements aimed at reducing this terrible habit and creating a community that redistributes underutilized food.

Moreover, there are cases where such movements result into legally binding norms. In 2016, for example, by adopting unanimous legislation, France became the first country in the world that oblige supermarkets to donate unsold food stuffs, rather than destroying it or throwing it away. The law aims to avoid the wasting of good quality food, save energy on subsequent processing and raise awareness of sustainable consumption. (Privitera, 2016: 93)

“Humans share food unlike any other organism. Many other animals … actively share food; however, the patterning and complexity of food sharing among humans is truly unique.” (Kaplan & Gurven, 2001: 1)

At the RUB there is a designated space that houses food-swap shelves and a refrigerator for students to share food, hosted by the AStA. This food sharing place operates on campus since June 2017. The AStA has installed two cabinets and a refrigerator at the SH entrance area of the student residence between the Kulturcafé and the AStA offices.

Therefore, our project at the Ruhr-University Bochum was aimed to answer the question whether the food sharing activity at the RUB fits to the characteristics of prefigurative politics.

Luke Yates defines „prefiguration“ as the „attempted construction of alternative or utopian social relations in the present, either in parallel with, or in the course of, adversarial social movement protest“.

The project consists of in-depth interviews that allowed us to explore the movement from the perspective of the research participants. Some of the interviewees were recruited randomly on the campus next to a place with a refrigerator and shelves for sharing food, and some interviews with activists were arranged in advance. We decided not to make an assumption about expecting results in order not to push interviewees’ to certain answers. Therefore, questions were neutral and open for the interviewees’ thoughts.

Our participants were separated into target groups, therefore interview questions differ in each group. We were asking people involved in the operation of the food sharing spot at the RUB (AStA representative and volunteers) particularly about

Food sharing activists and random students were asked about

Moreover, we asked participants to expand on their understandings of how everyday practices might lead to positive changes.

Therefore, we found out that the objective of this project is to contribute to food waste reduction in the RUB area at a time when a third of all our food ends up in the trash. By establishing a single point of contact for food sharing, individual food waste, hopefully, will be reduced.

The original idea was for people to bring their edible leftovers that they want to give away to the food sharing spot at the RUB.  What is more, shops are participating as well now. Stores that participate in food sharing activity in the Ruhr area, instead of giving away food items that are about to expire, supply this food to the refrigerator and shelves at the RUB twice a week (conducted by Food sharing Bochum volunteers).

What is important, there is a „Good enough for you“ supreme rule in sharing food at the RUB spot. You can only place the food there that you would be willing to eat yourself, or non-food items that could be of value to someone else. The food that has an expiration date should be put in the refrigerator with a special mark. You are not allowed to share food that is past its ‘Use By’ date. Moreover, the AStA do not encourage anyone to supply food that contains milk, eggs or other perishable food which should be used or consumed immediately. The ideal situation is to stick to non-perishable goods, such as sealed jars, packets or tinned items. Unprocessed fruit or vegetables are also a great option because you can see if they are fit to eat.

To be more precise, as there is always a potential health risk, these items cannot be stored in the food sharing place in RUB:

Moreover, students can find out information about the food sharing initiative on  Facebook. What is more, you can also find their announcements about events and restocking, such as:

„Do you already know the ‚Fair-Teiler’* at the Ruhr-University Bochum? Maybe you can grab some fresh food there just before the end of the day, or catch up on something that would otherwise end up in the bin? If the cabinet is already empty, you may try again tomorrow“(translated from German -from Facebook).

Among activist, we found out, that the majority just grabs available food whenever it is available, but sharing food at  rare intervals. Some take it because he or she has forgotten to take the lunch, some to save some money. Nevertheless, without doubts food sharing activity appears to be a great initiative, on their mind, that can imply to food waste reduction and smart consumption.

“I found it really important – like the whole movement of food sharing idea, because we waste so much food. I really enjoy it, knowing about the possibilities to go and left the food somewhere and to be certain that someone else can use it.” – Joana, interview partner.

“Food sharing is a fundamental form of cooperation that … is particularly noteworthy because of its central role in shaping human life history, social organization, and cooperative psychology.” (Jaeggi&Gurven, 2013: 186).

As activities in social movements are meant to foster change (James and Van Seeters 2014), the benefits from the food sharing approach include revaluing food from waste, supporting social inclusion, and reclaiming underused spaces in the city. (Edwards&Davies, 2018)

It is a good way of raising awareness of the massive food waste on all levels ranging from producers to consumers. This activity empowers people to be the change they want to see in the world, by letting them participate in rescuing and sharing food.

In seeking to better conceptualize prefigurative politics as an approach to achieve social change, it is important to consider how people change the way they act. Partly the activity at the RUB is about creating a space for sharing leftovers from food suitable for consumption, trying things out to see if they work. What is more, the AStA is supported by the organization Food sharing Bochum, which regularly supplies the cabinets with food from the shops that share food, instead of throwing it away.

To sum up, based on the experience and opinions of members of the food movement, I would say that food sharing activity at the RUB enacts social change in the seemingly inconsequential details of daily life.

One can say that food sharing could represent an effective way to tackle food waste at the consumers‘ level, with a positive effect for the environment as well as for the economic potential. However, I would say that it is still important to clarify, how many people should participate to fulfill its objectives of the initiative.

Prefigurative practices are those intended to effect social and structural changes that embody the ideals of the desired future society. Therefore, I believe that starting from smaller, like at the RUB, you can someday foster great changes in society.

* Fair-Teiler – an unconditional, public distribution point – with shelves and often a fridge to enable people without internet access to participate in sharing food.

A contribution from Yuliia Kisilova

END_OF_DOCUMENT_TOKEN_TO_BE_REPLACED

Link to the video:

We have encountered enormous data about inefficiency and inequality in economy. My team and I have discussed about what kind of contribution that we could bring to at least increase the awareness of this sort of deficiency. We came up with a topic that is really common but often neglected. We saw that there are many parties (supermarkets and households) who waste food and dump it in trash bin, instead of giving it to whom who can still consume it. We chose “food sharing” as solution for this issue as our research, and tried to make a short video to get insight and then to share the result to other people. As Ruhr University Bochum students, we did know that the university has a “food sharing shelter” at a certain location inside the campus. This is our starting point to see how food sharing at Ruhr University Bochum (RUB) works and to analyze if this could represent a “social movement” and could be called a “prefigurative politics”. However, for the rest of this paper I might deploy my own analysis which does not represent our group’s view. END_OF_DOCUMENT_TOKEN_TO_BE_REPLACED